Conference for the promotion of pupils’ Physical Activity through Physical Education

in order to achieve the World Health Organization's recommendations for 15-18 year-old children and adolescents for “at least one hour of moderate-intensity daily exercise”:

Attached is the Conference program: http://www.iep.edu.gr/el/deltia-typou-genika/24-11-2019-programma-telikis-ekdilosis-sto-plaisio-tou-evropaikoy-ergou-impact 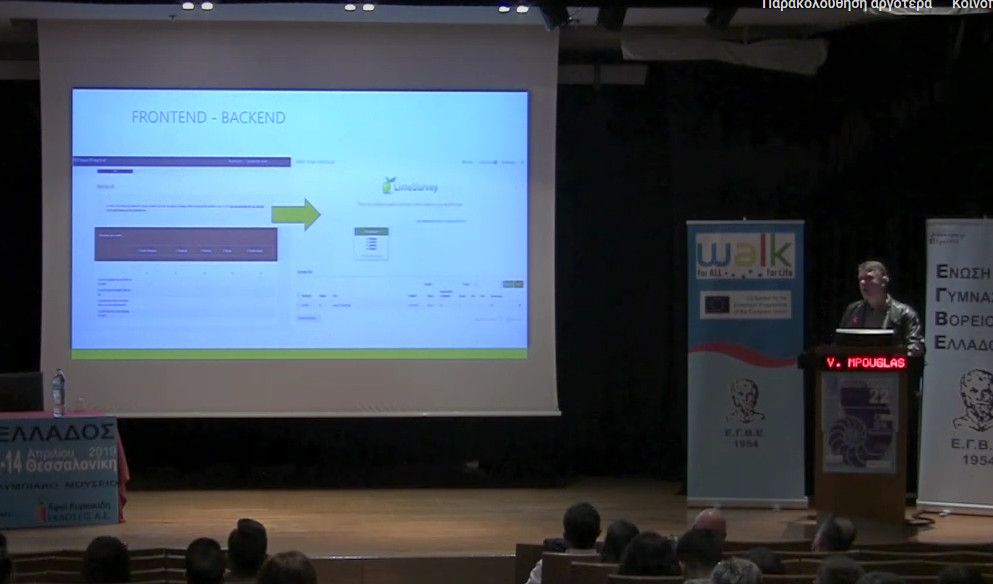 
On Monday, March 20 and Tuesday, March 21 the Department of Physical Education and Sport Sciences of the University of Thessaly arranged a meeting among leading professors and researchers in Sport Psychology and Physical Education (PE) from six leading universities in sport science, in Europe (Greece, Spain , England, France, Turkey, Italy), representatives from 3 Europ 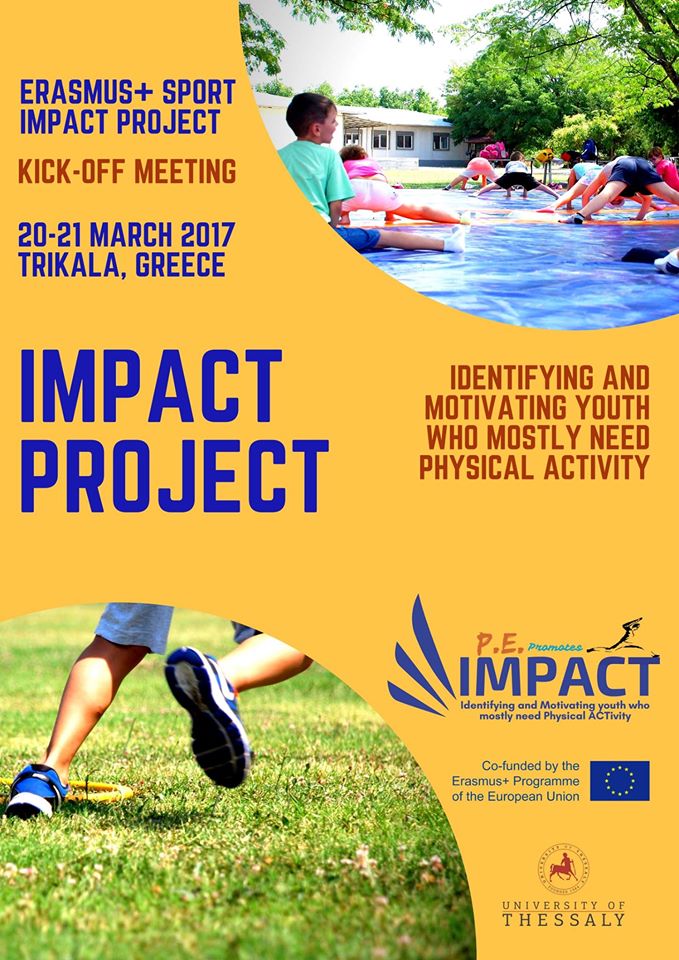 ean Ministries of Education (Greece, France, Turkey), and 3 European PE Associations (European PE Association, Germany, Italy). This was the first (Kick-off) meeting of this research consortium, focused on the initiation of research and educational activities related to the implementation of the European IMPACT Project (Identifying and Motivating youth who mostly need Physical ACTivity).

The IMPACT project will be carried out from 2017 to 2019 in six European countries, in cooperation with the educational institutions of these countries. It aims at developing a European policy for the promotion of extracurricular sport and physical activity and at ensuring the children’s and adolescents’ health through physical education.

It will involve more than 2000 students from each country, from 10 to 18 years. The Project coordinator, at European level, is Professor Papaioannou Athanasios and a team of researchers from the School of Physical Education and Sport Sciences of the University of Thessaly, who will collaborate with executives and researchers from 12 European partners for the implementation of the program.

The project is directly financed by the European Community, after successful application to the competitive ERASMUS+ SPORT program.